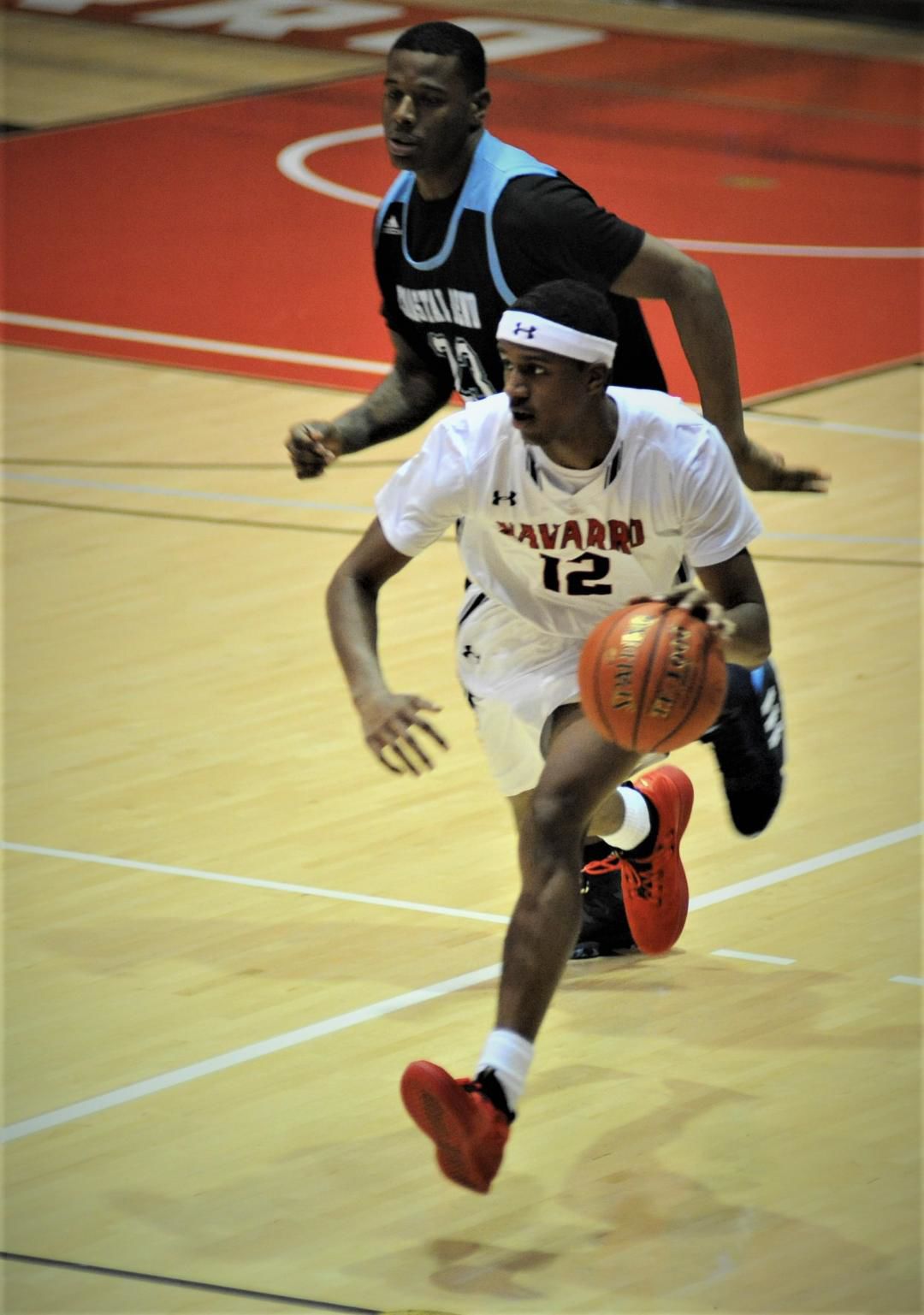 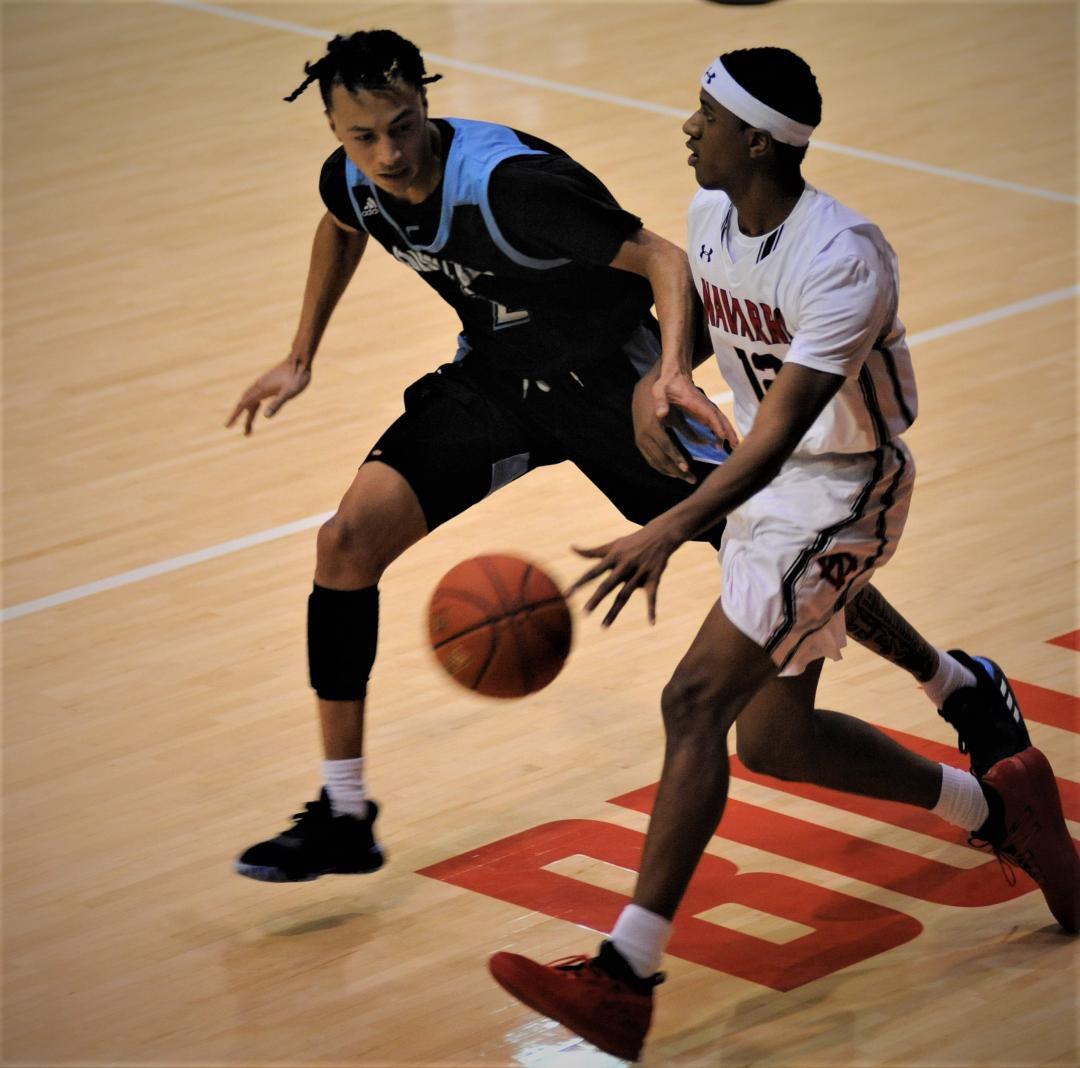 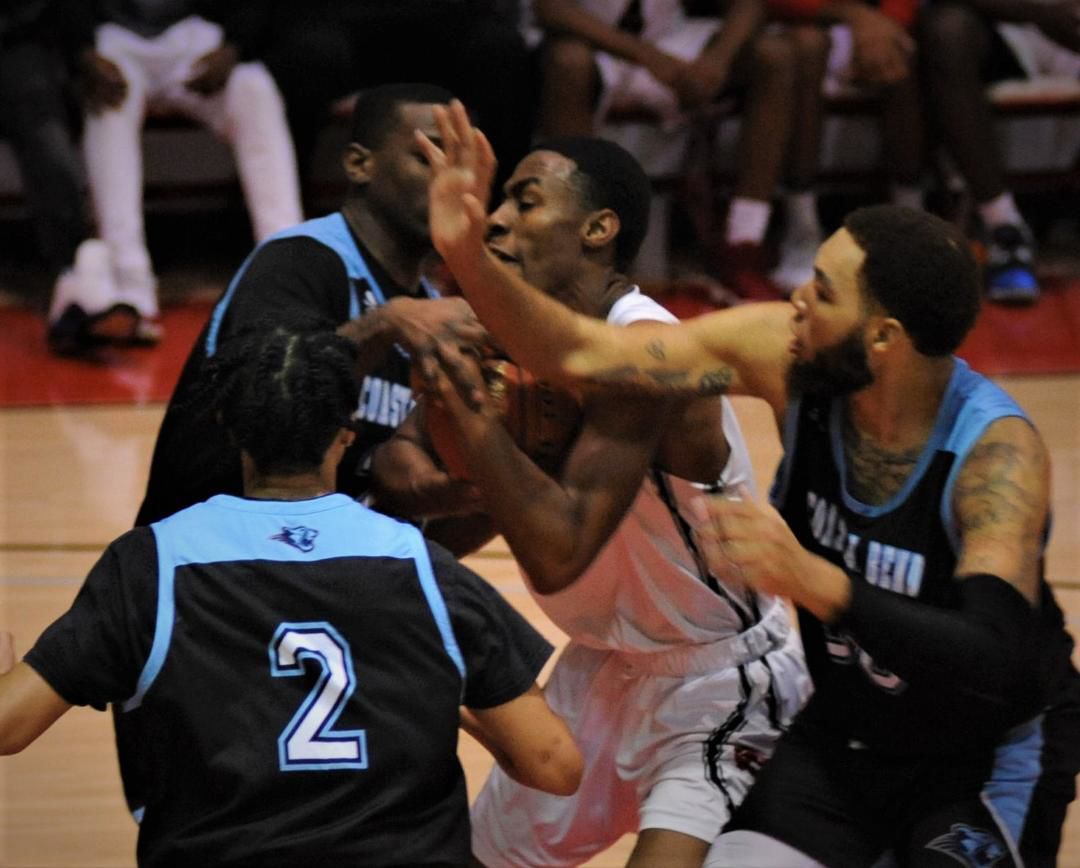 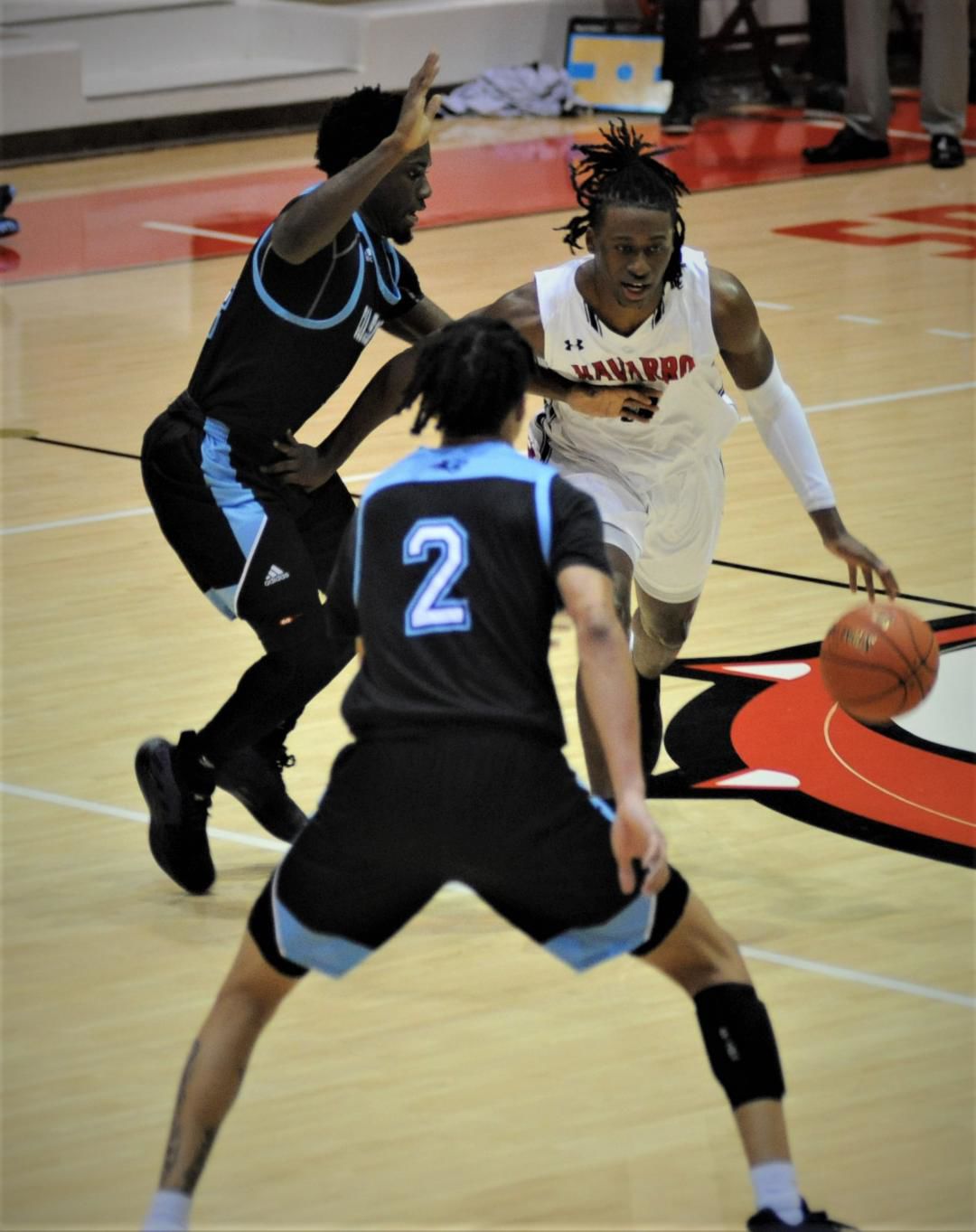 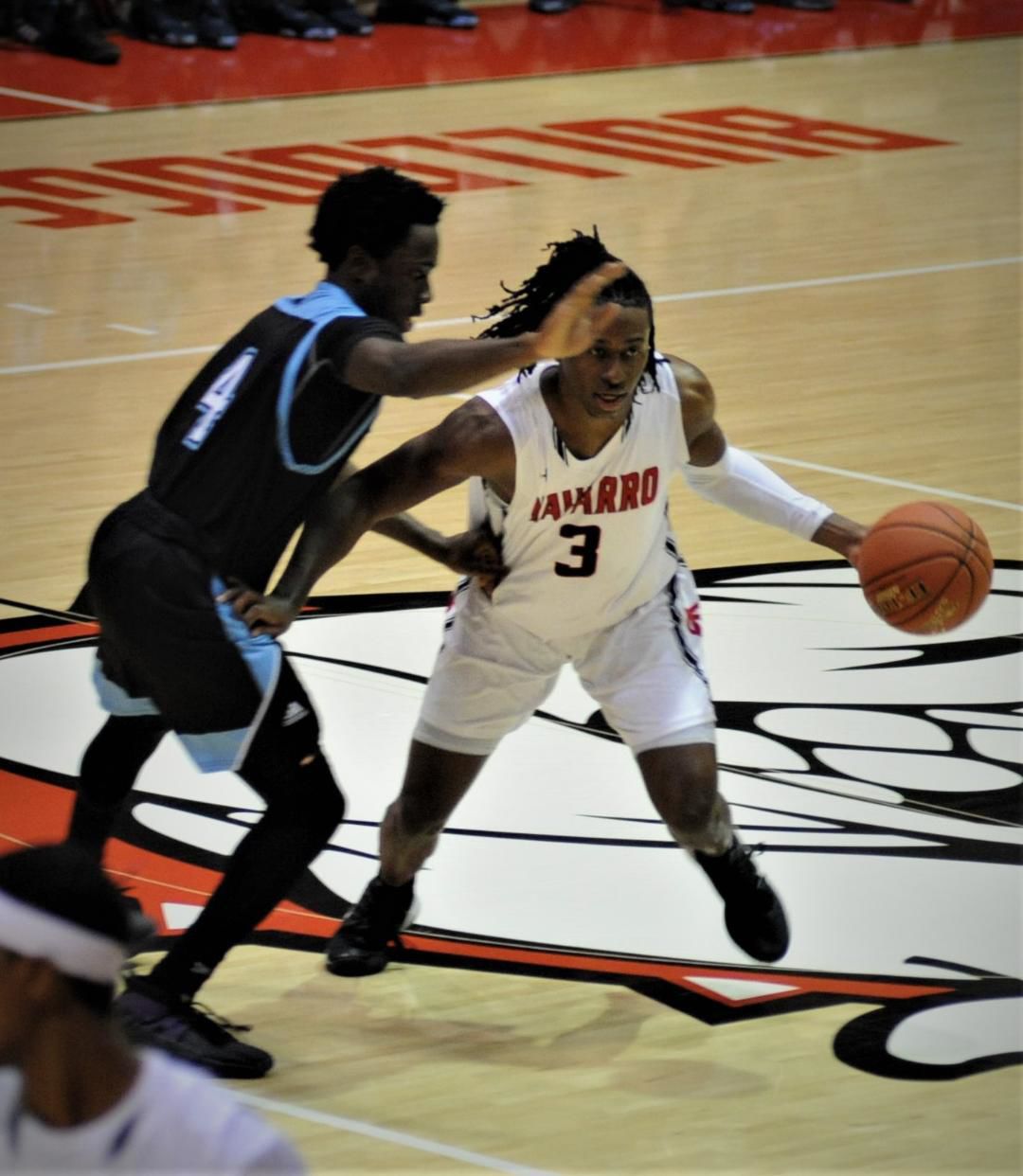 Navarro coach Grant McMillan was concerned about how the long holiday layoff would affect his Bulldogs.

The Dawgs, who hadn't played since Dec. 7, had no trouble starting over and came out of the 2020 gate on fire, running past Coastal Bend 77-60 to start what McMillan had calls Season II.

It was their third conference victory in four games, and opening the difficult Region XIV race at 3-1 would make any coach feel pretty good about their team.

McMillan, in his first season at Navarro, likes his team and feels this group started to make the turn before the break.

There wasn't much turning Friday night in the Wolens SEC, where the Bulldogs sprinted straight ahead all night at home on the Lewis Orr Court, where they ripped off a 34-15 lead early and went to the half leading by 19 (42-23).

Tyrese Ross and Dravon Clayborn scored 16 points each to lead the way and Clayborn handed out five assists.

Brian Washington had another  big night for the Dawgs, dropping in nine points and leading Navarro with 10 rebounds.

Navarro is now 9-6 for the season, and the Dawgs have won nine of their last 12 games. They play in Jacksonville in a conference game Monday.

Ida Maude Davis, 98, of Hubbard, Texas passed away peacefully on Jan. 16, 2020 at Heritage Oak West Nursing Home in Corsicana, Texas. A Celebration of Life Service will be held at 11 a.m. on Monday, Jan. 20, 2020 at St. Paul AME Church in Hubbard. Interment will be in Valley View Cemetery. A…