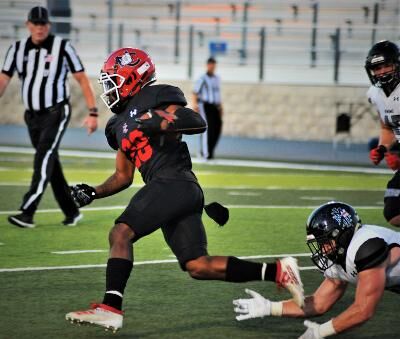 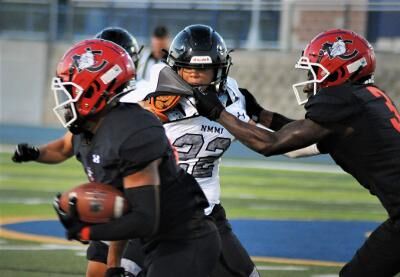 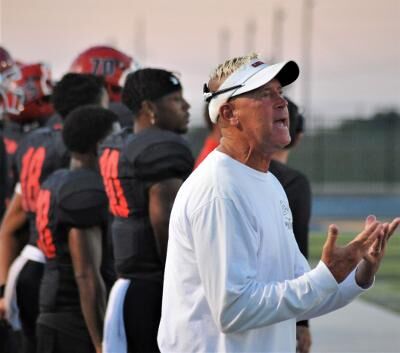 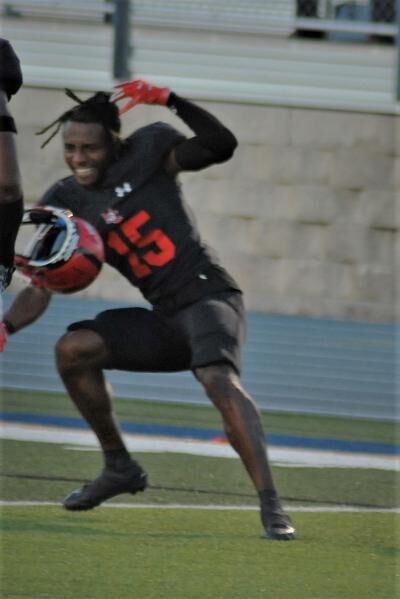 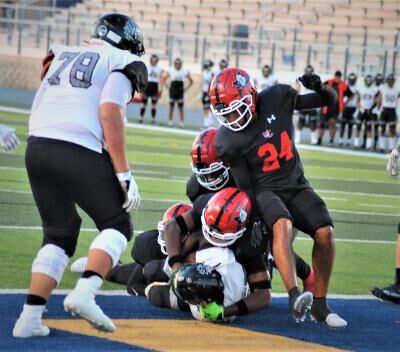 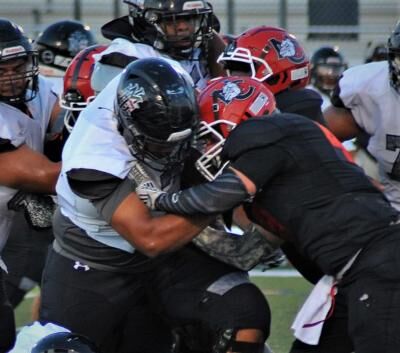 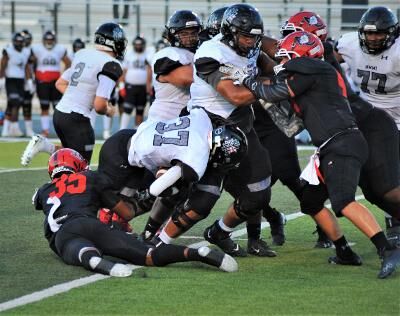 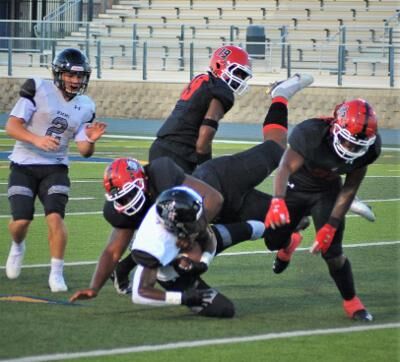 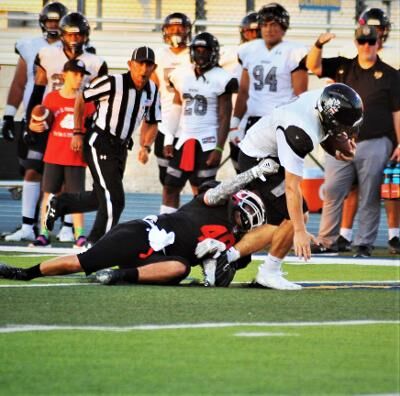 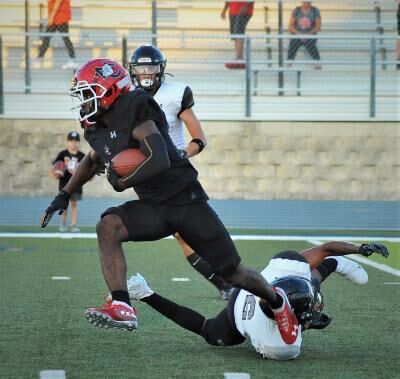 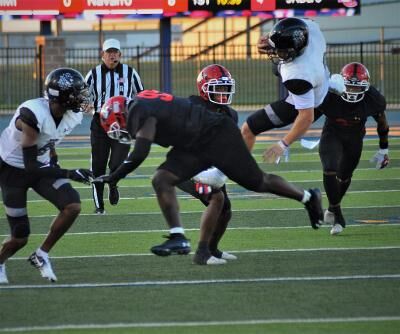 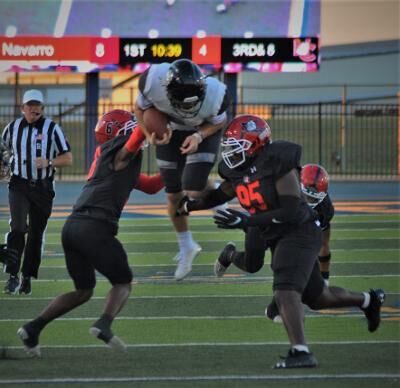 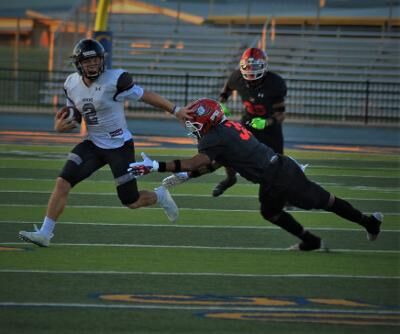 Qua Gray was on fire, having the best game of his Navarro career, and Jeremiah Aaron was soaring on his way to a Bulldog record in receiving yards.

Navarro honored its 2021 Hall of Fame inductees at halftime and all was well in Bulldog Land as a happy crowd and the new HOF class enjoyed a 22-17 halftime lead.

But by the time the fourth quarter started, NMMI was up 32-22 and the 10-point lead held up in a frustrating fourth quarter for the Dawgs, who couldn't take back the momentum they had early.

Big Mo disappeared in the third when NMMI blocked a field goal, scored, recovered a fumble and scored again, flipping the game upset down.

The Bulldogs built a 22-17 halftime lead, thanks to a quick 15-7 jump-start in the first quarter on a TD pass from Gray to Aaron, a two-point conversion run and a 4-yard TD run -- both by Elijah Hines -- and a second quarter 16-yard TD run by Isaiah Robinson, who lifted the Dawgs to a 22-14 lead.

But William Testa's 28-yard field goal before halftime started an 18-point run by the Broncos, who took a 32-22 lead into the fourth quarter.

The biggest turnaround in the game came in the Broncos' 15-0 third quarter after the Bulldogs drove to the NMMI 17. That's where the Broncos, who blocked two field goal attempts, blocked Alexis Lopez's 35-yard try.

NMMI then drove 80 yards in five plays and scored on Diego Pavia's 16-yard pass to Jaylin Smith. Pavia celebrated the TD pass with a two-point conversion run to lift NMMI to a 25-22 lead.

Navarro bounced right back and drove to the Bronco 30, but fumbled the ball away to kill another chance at putting points on the board. NMMI drove 73 yards and scored on Terrance Moore's 4-yard run. Testa's PAT made it a 32-22 game.

Gray, who had a career game, completing 29-of-44 passes for a whopping 521 yards (third most in Navarro history) hit his biggest play of the day early in the fourth with a thrilling 96-yard TD catch-and-run by Aaron, who set a Bulldog single game record for receiving yards, racking up 276 yards on 10 receptions.

Aaron scored on a 39-yarder to open the scoring in the first, and on his 96-yarder in the fourth.

Pavia's passing stung the Bulldogs, but the 12th-ranked Broncos live on the run and proved that's their ticket to their 3-0 start as five players combined to rush for 349 yards on 59 carries, including All-American Anthony Grant, who led the way with 115 yards on 19 carries.

Navarro's final drive stalled, and Lopez kicked a 35-yard field goal with 2:24 left, but the Broncos took care of the onside kick, and then ran out the clock.

The shocking turnaround by the Broncos leaves the Bulldogs with an 0-2 record in the conference after beating Cisco in a non-conference game in their season opener. The Dawg offense has racked up 1,110 yards in those two losses. They lost to Tyler 69-57 last week, despite throwing for 349 yards and rushing for 120. Gray has thrown for 870 yards in the last two games.

The Bulldogs travel to Oklahoma next week to face Northeastern Oklahoma A&M and to Kilgore on Oct. 2 before returning to Corsicana for a 3 p.m. game against Blinn on Oct. 9.